In this Dream Tour segment, the metalcore band, Antler Mouth, reveals who they would want on their ultimate tour lineup. You can check out their picks, after the break.

We are Antler Mouth from Minneapolis, MN. We have a really eclectic and broad range of influences, so we tried to narrow our list down to our top-tier wish list and/or those bands that have influenced our music. Antler Mouth is Mac, Zach, Brandon, and Mike, and we’ve each selected one band for our dream tour.

Mac’s Pick: Underoath
Underoath was a formative band for many of us. I saw the music video for “It’s Dangerous Business Walking Out Your Front Door” on TV when I was a teenager and was never the same again. Records like They’re Only Chasing Safety, Lost in the Sound of Separation, and their magnum opus Define the Great Line were the soundtrack to my youth and made me fall in love with heavy music. Their huge and atmospheric but still catchy songwriting and production have been a huge influence on all of us. I’ve seen them live many times in a wide range of venues—from the no-barrier-small-room club setting at the Triple Rock in Minneapolis to the festival stage, they never fail to deliver a massive, immersive live experience, and I love them for it. Playing with them would be a dream.

Zach’s Pick: Coheed & Cambria
To play with Coheed, the single most influential band to me personally (and maybe the band as a whole), would definitely be the affirming “ we made it” moment for me. I grew up in a household of mostly classic rock and a few 90s alternative bands my Dad introduced me to, but when a childhood friend gave me a mix CD that featured In Keeping Secrets of Silent Earth: 3, it was a pivotal moment in my life. As the others in the band can confirm, I studied the most minute details of that entire band and mythology they create and became a huge fanboy. I fell in love with the craftsmanship of the entire universe that they’ve created as a band as seen in their music, comics, and novels. I basically learned and fell in love with playing guitar by learning every song of theirs I could. The range in which they create songs to fit any mood you could possibly be in—from straight rock jams and power ballads to danceable pop hits or theatric prog behemoths—is something only a few bands can pull off successfully. And that range and versatility have definitely pushed me as a songwriter to never be afraid to be as creative as I possibly can be.

Brandon’s Pick: HANDS
HANDS was a well-known group in the Midwest hardcore scene back when we all first started playing music together. We had the opportunity to open for them at a fairly random, last-minute gig, and it was probably one of our favorite shows. Besides being awesome musicians, they were also just great people to hang with. Their music has made a huge impact on us as writers and their live performance has shaped some of the energy and rawness we try to bring to our sound.

Mike’s Pick: Akissforjersey
Akissforjersey is just a really special band that never seemed to get the recognition they deserved. Their first record Keep Your Head Above the Water is so nostalgic for the time we started playing music together in the late 2000s, and their follow-up Victims has some seriously classic tunes. Their last record New Bodies is emblematic of what metalcore can be at its best—blending amazing vocal melodies with really heavy vibes—it’s a triumph. Seeing AKFJ get back together and having the opportunity to play with them would be amazing, and I think Antler Mouth would fit really well with them on a tour lineup. 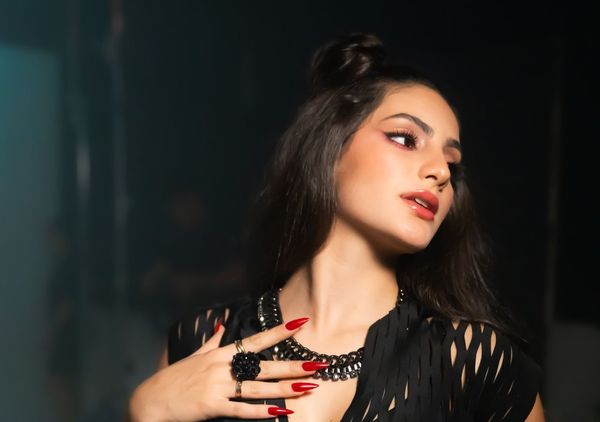